0
You have 0 items in your cart
Go To Shopping

How much is your heart worth? $130,000 to $290,000, according to the United Nations Office on Drugs and Crime (1). The short definition of organ trafficking is trading human organs. A longer, legal definition was first made in the 2008 Declaration of Istanbul as “the recruitment, transport, transfer, harboring or receipt of living or deceased persons or their organs by means of the threat or use of force or other forms of coercion, of abduction, of fraud, of deception, of the abuse of power or of a position of vulnerability, or of the giving to, or the receiving by, a third party of payments or benefits to achieve the transfer of control over the potential donor, for the purpose of exploitation by the removal of organs for transplantation” (2).

Compared to labor and sex trafficking, organ trafficking receives less media attention. Nevertheless, the crime is widespread in a market with high demand and low law enforcement (3). The crime generates $840 million to $1.7 billion annually, according to a 2017 Global Financial Integrity report (1). This report estimated that 10 percent of all transplants use trafficked organs.

Kidneys are the most commonly trafficked organ, comprising about two-thirds of illicitly acquired organs used in transplants. Living donors can give up their kidneys with minimal health effects. When it comes to “liver, heart, lung, and pancreas,” the procedure is much more invasive, so prices for these organs are much higher–both health and monetary (1).

Organ trafficking exploits two vulnerable populations: people in poverty and people in a medical crisis. The vendors are so financially desperate that they will undergo risky operations to sell their organs. The recipients are willing to pay for organs that might not be the right match or could be diseased. Both groups risk a lifetime of major health problems. On the other hand, the trafficker/broker profits off this transaction with no harm to his or her health. The trafficker also gets away with a huge cut. Organ vendors take home only about 10 percent of what the recipient pays and the rest goes to traffickers.

Organ vendors take home only about 10 percent of what the recipient pays and the rest goes to traffickers.

Unlike labor or sex trafficking, an organ trafficking client is not looking to hold power over or dominate another human. They are desperate individuals who need a medical cure before it is too late. Organ donation lists are lengthy. Many people wait years for an organ that is a proper match, and that is only if they survive long enough. Buying organs allows these people to cut the long line.

Organ trafficking involves a number of parties: “a recruiter who identifies the vulnerable person, the desperate seller, the organ transporter, hospital or clinic staff and medical professionals, middlemen and contractors, buyers and organ banks where the organs are stored.” A recruiter will acquire the organs using one of three methods (1): 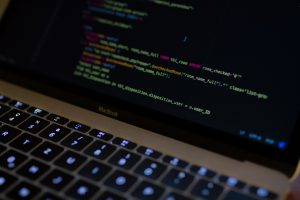 The internet is a boon for organ traffickers. Recipients generally live in first-world countries, but donors live in poorer countries. Recipients also need the correct organ match. The internet is an easy way for traffickers to find vendors and customers. In some cases, the recipient recruits the vendor without a broker, via “social media and transplant blog sites” or on the dark web (1). The recipient then goes to medical tourism agencies and centers to connect with a surgeon. While many medical agencies and centers facilitate legal medical tourism, some “also facilitate illegal transplantations” (1).

Buying and selling organs is illegal in every country except Iran. A debate about legalizing the sale of organs in other countries is ongoing. The argument for legalizing the trade is simply supply and demand. Long lists of patients needing organs show the high demand. With governments banning organ sales–effectively setting the sale price at zero–there is not enough incentive for donors or “suppliers” to meet the demand. More people would donate if the government would pay them to, so more people needing an organ would get one. In theory, this approach could end the black market, which preys on vulnerable people.

On the other hand, the organ market in Iran, where the government regulates on organ prices, shows that the solution is not as simple as paying donors. In Iran, most donors are frantically trying to make money. A person giving up sovereignty of their body for money, particularly when they are desperate, raises major ethical issues. “When you are that hopeless, giving that person a lump of money while lowering their self-esteem at the same time doesn’t help them. It’s an act of desperation, not an act of love” Gabriel Danovitch, director of the kidney transplant program at UCLA and a vocal opponent of organ sales told the LA Times(4).

In Iran, most donors are impoverished and frantically trying to make money.

Despite government intervention, the black market for organs is still alive and well in Iran. Government involvement leads to inefficiency, and Iran’s organ market is no exception. Desperate recipients will pay sellers a premium to get around the slow government system. Foreigners, who cannot legally buy organs, also pay extra to circumvent the law. Even some sellers are faced with long wait periods to donate. The government does not compensate donors until after they complete the procedure.

While public awareness of organ trafficking is not high, the issue affects many helpless populations. Brokers and middle men walk away with large sums of cash and do not take responsibility for potential damage they could cause to donors or recipients. The internet has aggravated this problem. As Iran’s case shows, legalizing the sale of organs is not a simple fix.

People who sell their organs are generally in dire poverty and therefore willing to sell their bodies, often for less than brokers promise. Educating these vulnerable people not only about the dangers of donating organs and the dishonesty of brokers, but also providing them with financial education and marketable skills courses, is essential.

Marren Haneberg is our amazing blog creator and writer. She sheds light on the human trafficking epidemic while educating the public on this important matter. She also creates content for our press releases!